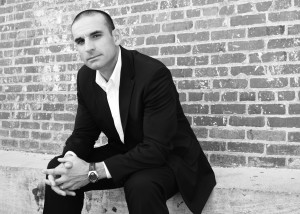 In Engaging Art Prize: A Storied Theology of the Arts [Part Two], I suggested that a rightly Storied theology of the arts, one that acknowledges art as created good and redemptive word, maintains the tension between the uselessness and usefulness of art. Besides plugging that series – we are, after all, in the midst of Art Prize 2012 – I would like to return to my previous theme; namely, a rightly Storied theology of the arts. I will begin by responding to a couple of recent blog posts from Daniel A. Siedell, Director of Theological and Cultural Practices at Coral Ridge Presbyterian Church, Fort Lauderdale, FL, USA. This will be followed by a response to Siedell’s God in the Gallery,[1] further reflections upon a Storied theology of the arts, and then a final response from Siedell. The five-part series, published between now and the end of the year, will be as follows:

In “Art and Culture, or Politics by Other Means–Evangelical Style,” Siedell affirms Kant’s intuition (i.e., that art is useless) as well as Crouch’s argument along these lines found in For the Beauty of the Church[2] over against evangelical cultural critics who demand “that everything that is produced, including art, justify itself by its utility.” Siedell states: “Taking seriously art’s uselessness is a way to preserve an aesthetic moment that defies the forensic structure of reality, a moment that testifies to an alien presence, grace.”

What do you make of the useless/useful debate?  And what might it look like to take Barth’s advice, especially with regard to 4 and 5 above?

[1] Daniel A. Siedell, God in the Gallery: A Christian Embrace of Modern Art (Grand Rapids, MI: Baker Academic, 2008).  I count Dan as a friend and am thankful for his work.  I devoured his God in the Gallery within weeks of its release, toured the Phillips Collection with him at Q earlier this year, read his posts with regularity and exchange the occasional email.  This series, then, is intended to be a conversation. [2] Andy Crouch, “How Art is a Gift, a Calling, and an Obedience,” in For the Beauty of the Church: Casting a Vision for the Arts, W. David O. Taylor, ed. (Grand Rapids: Baker, 2010).  See Jim Watkins’ review here. [3] Hans Rookmaaker, Art Needs No Justification (Downers Grove, IL: InterVarsity, 1978). [4] Karl Barth, Church Dogmatics IV:1, G.W. Bromiley and T.F. Torrance, eds., G.W. Bromily, trans. (London: T&T Clark, 1956), 675-676.