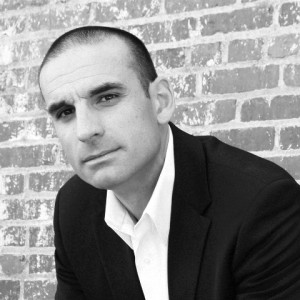 There are few things more gratifying than discovering that there are those out there who actually read the stuff I write. And so I am thankful to Chris Brewer, who not only has read some of my stuff, but has also taken it seriously enough to write his own stuff in response. I am returning the favor to Chris, which I hope is just the beginning of a long and mutually beneficial conversation that might eventually include others within the larger conversation that is theology and the arts.

In his posts, Chris addresses many issues, too many to respond to and offer nuanced clarification in this post. Instead, I will introduce the context of my work, which might shine some light on Chris’s criticisms, and offer a way for us to continue our conversation in a more productive manner.

I am trained as an art historian, a specialist in modern and contemporary art, and have spent over two decades as a museum curator and an art critic. My particular area of expertise is the critical reception of Abstract Expressionism. I have worked side-by-side an internationally recognized artist (who happens to be an atheist), for over a decade, in addition to working with dozens of others quite closely on projects at many different art museums. Throughout my career I have worked also closely with studio art undergraduate and graduate students.

I live and breathe and have my being in the artist’s studio and in the direct encounter with a work of art. If one could boil down my project it would be this: what happens when an artist paints a painting and what happens when a viewer stands before it? I believe that what occurs in these coram-relationships, as Gerhard Ebeling would call them, begs for theological reflection.

I write for two audiences, the evangelical one and the secular one. When I write for secular audiences, whether in book, exhibition, or journal article form, my goal is to wedge theology into the conversation. When I write for evangelical Christian audiences, my goal is to insert modern art into the cultural conversation. Both audiences have biases, one against religion and theology as productive means to think through art, and the other, for which the trajectory of modern art and its consequences is irrelevant at best, harmful at worst. My writing, teaching, and curatorial work usually pushes against the expectations and presumptions of my reader.

I have done a lot of writing and public speaking over the years and a lot of it is accessible: books, essays in exhibition catalogues, reviews, lectures, and blog posts. I wrote God in the Gallery (Baker Academic, 2008) while I was chief curator of a leading midwestern University art museum, and I started a blog that was intended to extend my thoughts and reflections on the book and its implications. But even before it was published, my thinking was shifting. And now, I might disagree with the author on several points, most significantly the usefulness of transcendence and the theology and practice of the icon as foundational. This doesn’t make the book irrelevant. It simply makes it a particular artifact in my own intellectual development, which includes writing for a number of different audiences.

If I could suggest a way to read my work, it is as a report from the battlefield of the art world, reflected on theologically. Theology and the arts is a conversation primarily between theologians and aestheticians on one hand and artists on the other. But it can benefit from curators and art critics—those intellectual middlemen who work with objects and ideas—that move those objects and ideas out into the world through exhibitions, writings, and lectures.

Critics and curators have a day-to-day working intimacy with artists to which few theologians and philosophers have access. We can thus be helpful in bridging the inevitable and well-guarded chasm between the artist and philosopher (and theologian).

As Barnett Newman once famously said, “aesthetics is for artists as ornithology is for the birds.”  The critic and curator know from experience how Newman’s observation is both spot on and misguided. Critics and curators are helpful conversation partners to theologians and philosophers precisely because our bread and butter is our coram-relationship to the work of art—nothing is more concrete and specific (and rife with theological implications) than that.

Although it has lurked about in the dark shadows of my thought, the theology and arts conversation will play an increasingly important role in my new appointment on the faculty of Knox Theological Seminary in Fort Lauderdale, Florida. And so I will need you theologians who are participating in this conversation to help me situate my work in a robust theological context.

The world doesn’t need more “Christian artists.” (In fact, we could do with a lot fewer.) What the world does need is for sensitive writers and thinkers to explore the theological depths of art and artistic practice. The theology and the arts conversation is the only one that can make that happen.

Daniel A. Siedell (M.A. SUNY-Stony Brook; Ph.D. University of Iowa) is Lecturer in Christian and Classical Studies at Knox Theological Seminary in Fort Lauderdale, Florida. He is also curator of LIBERATE, the resource ministry of Tullian Tchividjian and Coral Ridge Presbyterian Church. Previously he was Professor of Modern and Contemporary Art History at the University of Nebraska-Omaha (2007-12) and Chief Curator of Sheldon Museum of Art (1996-2007). He blogs weekly at Patheos.

Daniel A. Siedell (M.A. SUNY-Stony Brook;Ph.D. University of Iowa) is Lecturer in Christian and Classical Studies at Knox Theological Seminary in Fort Lauderdale, Florida. He is also curator of LIBERATE, the resource ministry of Tullian Tchividjian and Coral Ridge Presbyterian Church. Previously he was Professor of Modern and Contemporary Art History at the University of Nebraska-Omaha (2007-12) and Chief Curator of Sheldon Museum of Art (1996-2007). He blogs weekly at Patheos.

Latest Posts By Daniel A. Siedell

Occasionally we’re going to devote a Transpositions Tidbits to a specific topic aiming to provide some links to sites, blogs and resources as a…